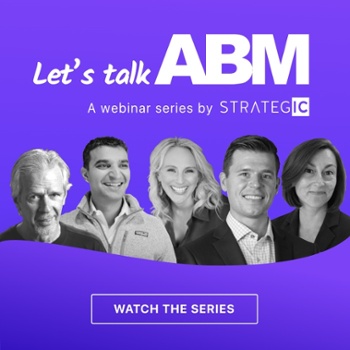 Cabling Science have been providing classroom training and e-learning services to the communications infrastructure community since 1997.

Cabling Science only recently adopted HubSpot. Prior to this campaign they were not using HubSpot, but were active in conducting inbound activity via other means.

The challenges in this case were twofold:

As an infrastructure training specialist, Cabling Science were already seeing a good level of site traffic: 9,000 organic visitors per month. However, the challenge was ‘how to turn this traffic into an increase in conversions' - specifically, how to grow relevant conversions for a new awareness stage eBook around Passive Infrastructure Training.’ The answer? HubSpot Lead Flows.

Prior to adopting HubSpot Lead Flows (and HubSpot as a whole), Cabling Science were promoting this content via a number of channels: blog CTAs, social and paid.

While this achieved some initial success (though not as good as Lead Flows became), it was hard to attribute/track all conversions, and track relevant visitors/leads throughout the funnel.

The challenge was ‘How to turn organic traffic into an increase in relevant conversions' - specifically, for a new awareness stage eBook. The answer? HubSpot Lead Flows

2. Cabling Science needed to gain wider clarity over marketing as a whole.

Ultimately, if Strategic IC could increase the number of relevant conversions with targeted LeadFlows - and gain wider control over tracking/attributing activity throughout the funnel with a full HubSpot subscription, we would grow opportunities to inform, nurture, and grow awareness with the right audience.

If Strategic IC could increase the number of relevant conversions with targeted Lead Flows, we would grow opportunities to inform, nurture, and grow awareness with the right audience.

Though Cabling Science were already actively conducting inbound activity, at Strategic IC we knew we needed to close the loop if we were to firstly improve conversions on our content asset - and secondly grow success throughout the funnel.

While the priority challenge was (as above) growing conversion and improving accountability (addressed with HubSpot LeadFlows), as inbound is of course a full funnel strategy, we made sure our activity was integrated within HubSpot.

Attracting quality visitors is key to ensuring quality conversions. Again, Cabling Science already sees a good level of quality organic traffic (as an established infrastructure trainer). However we enhanced this by:

Improving relevant organic conversion was the main challenge in this particular campaign. Introducing HubSpot Lead Flows was a key solution:

Initially Lead Flows were placed site-wide. However after the first month we removed Lead Flows from all pages to prevent fatigue; as Cabling Science are a training specialist they experience a lot of regular and return visitors (students).

While it is possible to stop Lead Flows for repeat visitors for an interval of few weeks, after this time frame, they return - which may irritate regular repeat visitors. However, as the Lead Flows were performing well we did not remove them completely - instead they are now active across select site and blog pages only.

HubSpot Lists were also used at this stage to assess the quality of leads converted through the Lead Flow widgets. This campaign was very precise - targeting telecom personas from within c.20 key accounts.

As mentioned above, for this campaign, closing relevant leads was not an immediate goal as Cabling Science has a longer sales cycle. Instead the focus was on growing those relevant conversions, to boost brand awareness and expand the nurture pool with highly relevant contacts.

However, now that Cabling Science are using HubSpot, features like the CRM, HubSpot workflows (which we’re using for additional nurture campaigns) and HubSpot Dashboard, are and will be instrumental in monitoring and nurturing the leads generated with this campaign. These are also key tools to help us in optimising performance weekly/monthly and at every funnel stage to ensure campaign success.

At a wider level, we are also using the HubSpot Sales Navigator integration to conduct follow up activities on LinkedIn. This way, it’s possible to monitor and review progress with leads and opportunities directly within HubSpot.

What growth was achieved in what timeframe?

Lead Flow results: in that timeframe we saw:

As a comparison and indicator of growth pre-HubSpot, when the campaign was using landing pages promoted by regular CTAs across the site, we saw c.421 contacts across an 8 month period. HubSpot LeadFlows helped us to more than double this number in under half the time.

Considering the impact on the wider campaign:

Of course HubSpot adoption meant more than just Lead Flow implementation. Other key metrics to note from the wider campaign include:

Regarding the wider impact to the business, brand awareness has increased with target accounts and it is now much easier to profile website visitors. This was previously difficult due to not having HubSpot in place.

Regarding the next steps, firstly, this campaign will continue to be optimised to achieve best results - reviewing Lead Flow copy, design, colours and type (such as exit intent, slide in box etc). Secondly, we will continue to build content resources on the site in order to improve lead flow optimisation with personalisation - to offer up more relevant, buyer stage appropriate, personalised content for individual contacts and visitors. This will require us to conduct a content audit to map content to specific Lead Flow pages on the blog.

Ultimately, pre-campaign and pre-HubSpot, the client was limited in their ability to make the most of organic traffic to boost (and track) conversions. Now, with Lead Flows and a wider HubSpot strategy, they are seeing great results. 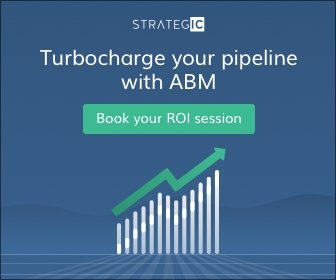